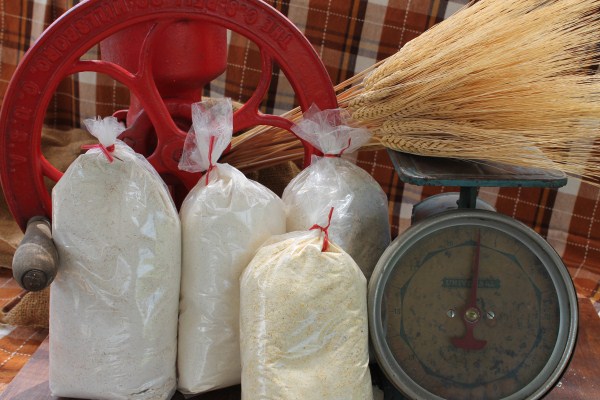 Learn why people are seeking out Amish grown grains for their pure ancient growing methods. The Amish have practiced farm stewardship for generations.

It has not been scientifically studied but, many believe that the Amish organic grown grain products simply taste better and have higher levels of nutritional benefits garnered from the rich naturally enriched soils they grow in.

Many of the Amish farms have been in the same family dating back long before chemicals and genetically altered seeds were ever developed.  Most of the wheat and spelt seeds have been harvested with the annual crops for next year’s planting season keeping the seeds classified as ancient varieties passed down from previous generations.

This takes a lot of willpower considering the small crop sizes that they can grow using only a team of draft horses and small one man horse pulled equipment.  It would seem tempting to cash in for all they can get out of the harvest after all the hard manual labor that it takes to grow a crop.

Many seek out Amish grown grains and stone ground flour as a hard to find premium returning time after time for more.

A trip to the Amish communities in early spring will quickly give you a clue in the smell of fresh manure that the Amish take their organic crop management very serious.

Despite their rather backward ways, the Amish are very sophisticated when it comes to low gluten alternatives and the increased reported nutritional values of sprouted grains.

Ancient spelt, and einkorn wheat along with oat grains is one way they support a low gluten diet. Although they still process with wheat in the same mill, these grains can be better tolerated by a gluten sensitive person.

Sprouted grains such as wheat, spelt, and oats are stone ground into flour or rolled into cereals. 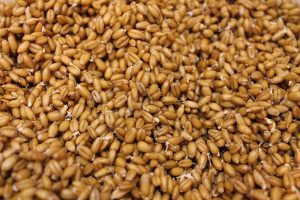 Both Amish grain berries and flour are available from Cottage Craft Works.com. Some people purchase the grain berries and then grind into flour just before baking to obtain the most nutritional value. Grain and flour products are organically grown and ship fresh from an Amish farm in Ohio and certified organic by the Ohio Ecological Food & Farm Association (OEFFA)

Most purchase the stone ground flour that is also processed on an Amish farm in Ohio. Cottage Craft Works mostly sells grain berries and flour in 25 lb. bags. Starting out you may want to split with some family and friends but you might be surprised just how quickly you can use 25 lbs. when you really begin to enjoy these Amish varieties of grains.  Many families reorder every quarter. 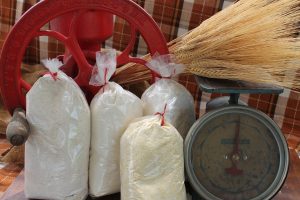 The Amish are very resourceful and mechanical inclined to build their own machinery. The puffed cereals are shot from an Amish made cannon right on the Amish farm. 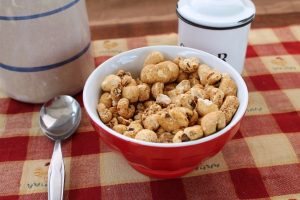 This is not some Amish guy standing behind a cannon and shooting grain out on the ground, rather it is a very sophisticated machine that holds the grain in a long tube shaped pot.  The grain is heated very like popcorn until it reaches a certain temperature to pop the kernels open.  When that temperature is reached, it builds up the pressure and shoots the puffed grain out into a holding container to be scooped and bagged.  The sound is very much like a cannon going off. Puffed cereals include honey puffed spelt, honey puffed corn, and honey puffed rice.

This old-fashioned puffing process may be remembered by those growing up in the 50s and 60s when the Quaker puffed wheat cereal commercials talked about being shot from a cannon. 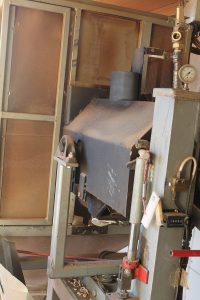 Cottage Craft Works.com is a refreshing resource to the old-time products and wares of yesteryear still mostly American made in the various Amish community cottage based shops and factories across the Midwest.